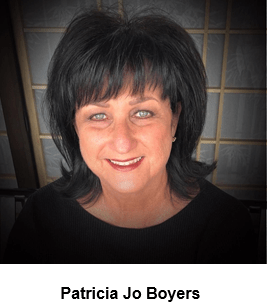 PITTSBURGH, July 30, 2020 — ACA Connects today announced its leadership team to guide the national communications organization over the next year two years, following balloting by hundreds of ACA Connects members, who have a mostly rural and suburban presence in all 50 states. The trade group also announced the board officials who were elected to serve three-year terms.

Boyers is the owner and operator of a small, rural cable company with her husband, Steve, in Poplar Bluff, Mo., a venture the entrepreneurial pair started nearly three decades ago. Today, their company serves about 3,000 customers.

“We at ACA Connects are enormously proud of our groundbreaking work to deliver the broadband networks to the millions who live in America’s small cities and towns. During this pandemic environment, our members serve as broadband leaders who work closely to meet the communications needs of school districts, small businesses, area health care centers, among others,” Boyers said.

She added, “Critical to our continued success is a regulatory environment that encourages strategic investment in our networks and our companies. We look forward to working with Capitol Hill lawmakers and Federal Communications Commission regulators to demonstrate the essential role of the independent broadband industry.” 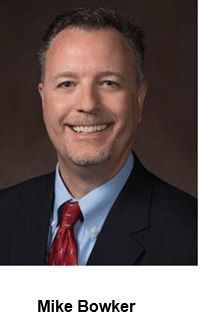 Bowker, who became ACA Connects Vice Chairman in 2019, is responsible for overseeing the daily operations, technology and residential and business channels of Cable One. Cable One, based in Phoenix, Az., is a leading broadband communications provider serving more than 900,000 residential and business customers in 21 states through its Sparklight, NewWave, Clearwave, and Fidelity brands.

“It’s a great honor for me to continue to serve in my leadership position at ACA Connects and highlight all the wonderful things our members are doing to advance the deployment of broadband in rural America. It’s critically important to tell our story and note the progress we have achieved for consumers in a light-touch, investment-friendly regulatory environment that I firmly believe should remain government policy,” Bowker said.

“A special thanks to Patty and Mike for their leadership and to those elected to our Board. Daily business lives have been upended, whether it’s adopting work-from-home policies, installing emergency gear to increase network capacity or establishing new safety procedures. Our members did it all with great skill and deserve the recognition for such a selfless response to COVID-19. We will report to policy leaders on these efforts,” Polka said.

Those ACA Connects board members elected to three-year terms are:

In important membership action, ACA Connects members also approved a bylaws provision that will allow for membership in the organization of companies that provide broadband-only services. Previously, all company members of ACA Connects had to be defined as a “cable television” operator under FCC definitions.

The new ACA Connects membership provision, which will be managed and implemented by ACA Connects’ Board of Directors, allows current ACA Connects Members who move from traditional video to broadband-only to maintain membership. The provision also makes it possible for other broadband-only companies to participate as members in ACA Connects and support its important advocacy on behalf of smaller, independent Internet service providers.