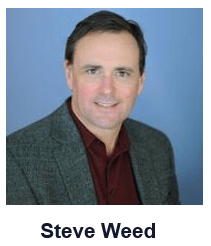 Weed will address the opportunities and challenges facing independent providers as they invest in broadband networks in an effort to increase services and opportunities available to their customers and communities.

“Steve Weed is the epitome of the energy, commitment and dedication among our members, who are all committed to delivering on broadband’s marketability in small towns and cities across America. We are honored to welcome him to our annual Summit,” Polka said.

Weed has provided leadership in several telecommunications and fiber companies and has been an early advocate for broadband solutions. An active member of ACA Connects over the years, Weed has served as ACA Connects Board Chairman. In 2002, he was inducted into the Cable TV Pioneers.

As the Founder and CEO of Wave Broadband in Kirkland, Wash., Weed led this west coast cable and fiber broadband firm from 2002 until its sale in 2018 to RCN/Grande backed by global private equity firm TPG Capital.

More recently, Weed is the founder and CEO of Wave Division Capital (WDC), which is focused on providing leadership and investment in broadband infrastructure. WDC currently manages investments in seven broadband companies in the U.S. and Canada.

Last May, Weed’s WDC, in partnership with Searchlight Capital Partners, announced the purchase of operations and all associated assets in Washington, Oregon, Idaho, and Montana of Frontier Communications for $1.352 billion in cash, subject to certain closing adjustments.

As an industry leader focused on broadband service and technology, Weed has received several regional and national leadership awards.

The ACA Connects Summit will be held March 17-19 at the Grand Hyatt in Washington, D.C. #Summit2020 will be the official social media hashtag for the event. Registration information is available at https://www.acasummit.org/

The ACA Connects Summit is a special event where independent video and broadband companies serving hometown America connect with the leading lawmakers and regulators as well as media representatives on the communications policy beat in Washington, D.C.

ACA Connects’ more than 700 members play a unique role in providing best-in-class communications services to millions of consumers, many living and working in rural areas of the country. Created in the early 1990s, the ACA Connects Summit gives independent providers a vehicle for framing the diverse and complex issues in their own words during dozens of meetings with lawmakers and staff on Capitol Hill and with regulators at the FCC.